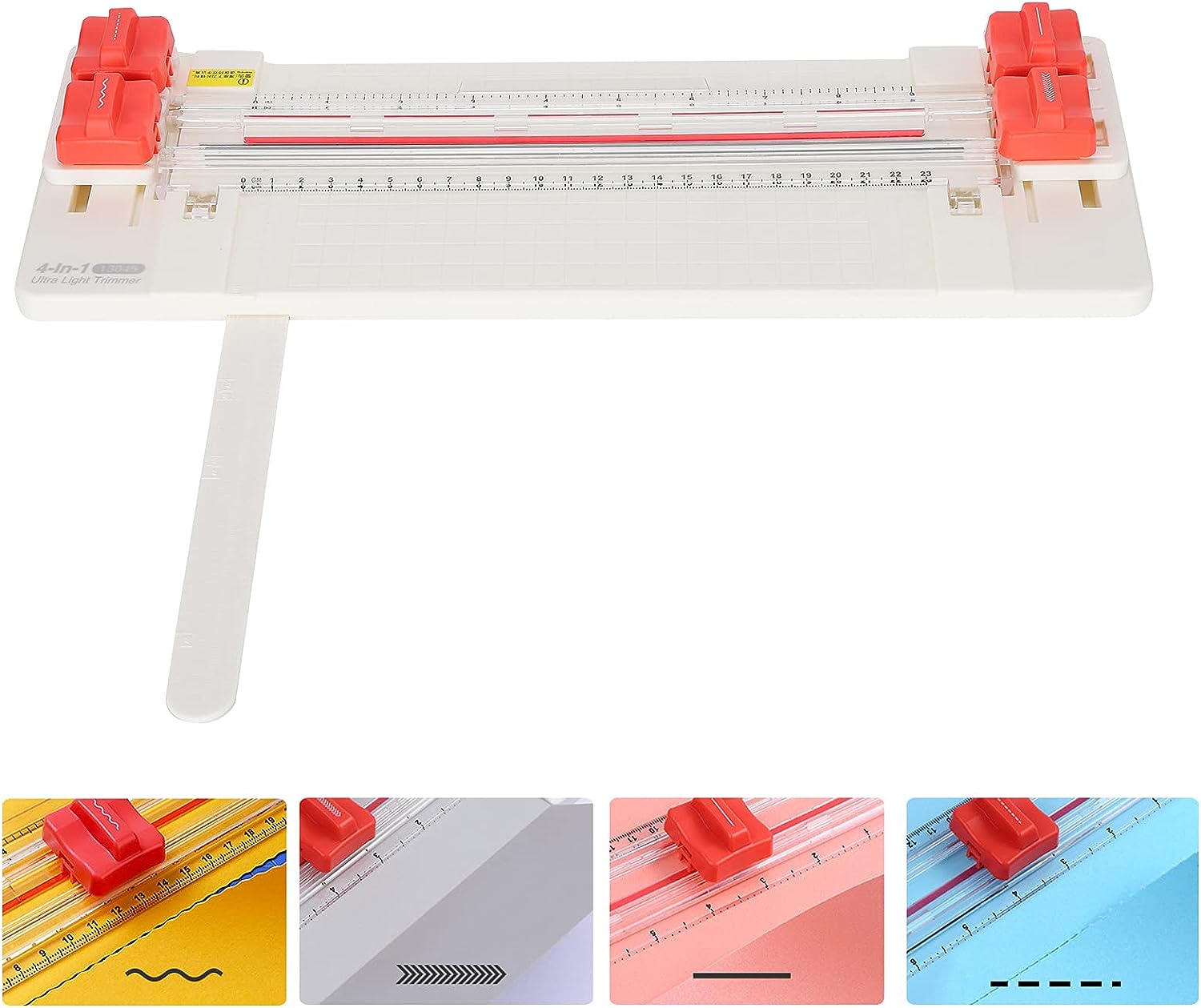 Feature:
1. The paper cutter can cut straight lines, dashed lines, curves, creasing lines, and can respond to different cutting needs.
2. The panel ruler can be folded and stored, and the width of the panel can be expanded to facilitate quantitative cutting.
3. When in use, push the corresponding cutter head up and down to aim at the transparent pressure ruler.
4. The structure is sturdy and stable, and it is made of environmentally friendly plastic material, which is resistant to friction and deformation.
5. Small size and easy to carry, it is a good helper for home, school, photo studio and personal DIY cutting.

Note:
The blade is very sharp, so you need to be careful when replacing it, and avoid direct contact with the blade when holding it.
When cutting hard and thick materials or using fancy cutter heads, the number of s