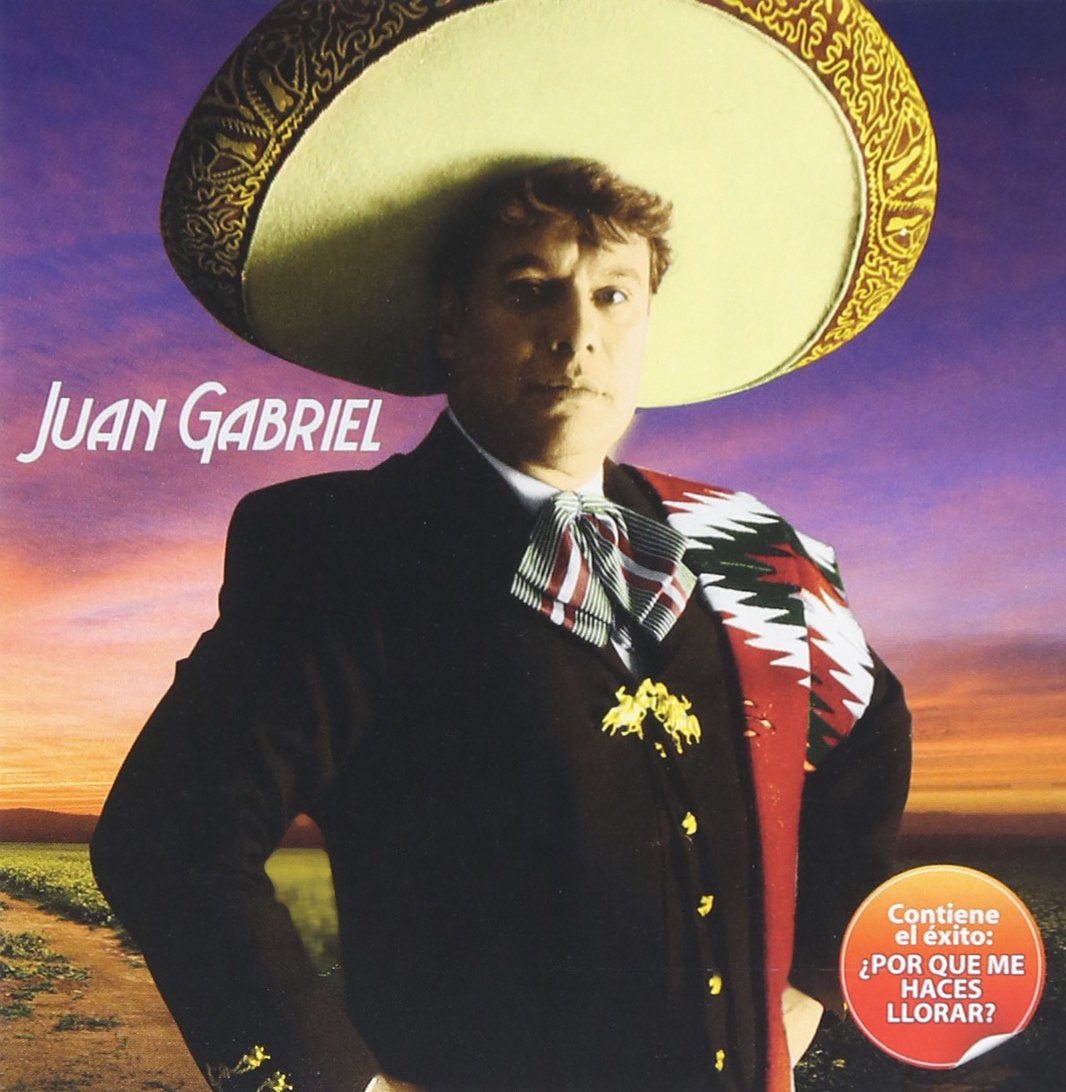 Juan Gabriel's latest single "Por Que Me Haces Llorar" is now in the Top 20 of the Regional Mexican radio chart, just a few weeks after it was released to radio.

"p"After a long while since JUAN GABRIEL's latest studio album, `The Divo of Juarez', finally presents his new production that goes on sale on May 4th.

`JUAN GABRIEL' the newest self title album contains 11 tracks, 5 of which have never been recorded, and the remanding 6 tracks are songs that have been interpreted by other singers but had never been recorded by the siger-songwriter, which is the case of this, his first new single.

"p"Songs like: "TE VAS A QUEDAR CON LAS GANAS", "GRACIAS AL AMOR", "LAS TARDES AQUELLAS", "MI MAS BELLO ERROR" , "EL CONSENTIDO", "POR QUE ME HACES LLORAR", "DE LA CABEZA A LOS PIES", "AMOR AVENTURERO", "MARIACHI", "NUNCA, NUNCA VUELVAS" y "AGRADECIMIENTO", make up this musical gem and promise to achieve another success in the career of this poet of love. "h3"About the Artist "p"Juan Gabriel - Early Days: Juan Gabriel (Alberto Aguilera Valadez) is the youngest of ten children. His father died before he was born; his mother subsequently went to work as a housekeeper in Juarez, Chihuahua. At the age of five Gabriel went to live in a boarding school, not the happiest of circumstances for a young child. "p"Gabriel found solace in music and wrote his first song when he was 13 years old. That was the same year that he left the school and began making his living as a carpenter. Soon after, he began singing in local Juarez clubs under the name of Adan Luna. "p"Alberto Aguilera Valadez Becomes Juan Gabriel: In 1971, Gabriel secured both a recording contract with RCA Records (now BMG) and a new name to coincide with his move to Mexico City. The new name `Juan Gabriel' was a tribute to both his father and a schoolmaster that had served as inspiration over the years. It was that same year that Gabriel wrote and recorded the first hit of his career, "No Tengo Dinero," and started on the road to stardom.

In the next 15 years, Juan Gabriel's fame grew as he recorded 15 albums, sold some 20 million records and appeared in films such as Nobleza Ranchera and Lado de Puerte.

Juan Gabriel - Hall of Fame Composer: While Gabriel has always been a popular performer, it is his work as a composer that truly stands out. His compositions have been recorded by many other singers and include hits such as "Yo No Se Que Me Paso," "El Palo," "Mi Pueblo," "Te Sigo Amando," "Asi Tu" and many, many more. In fact, Gabriel is credited with having penned more than 500 songs, quite a feat for a man untrained in music.

In 1996, Gabriel was inducted into the `Billboard Latin Music Hall of Fame;' the previous year he was named ASCAP's `Songwriter of the Year.'

Personal Life: Juan Gabriel has never married. He has four children and has stated that they are not adopted and that the mother is his (unnamed) lifelong best friend.

He performs an average of one concert a month to benefit various children's homes and founded Semjase, a home for children in Ciudad Juarez, Mexico.