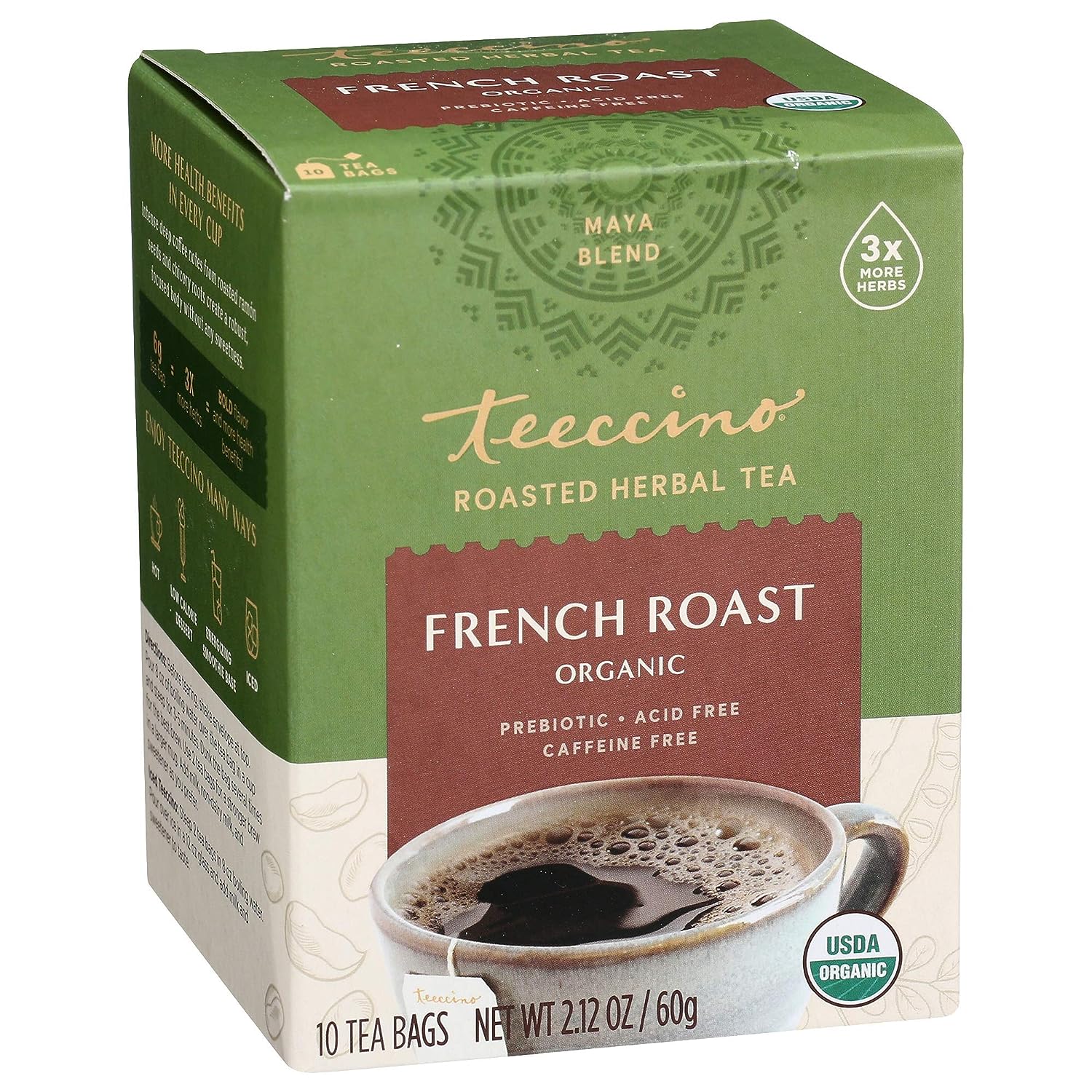 "li" PREBIOTICS SUPPORT GUT HEALTH AND IMMUNITY: Inulin from chicory root is a prebiotic soluble fiber that nourishes probiotics, helps restore gut health and support the immune system. Made with organic herbs, each cup strengthens your body's defenses with 390mg of inulin

Deep coffee-like flavor from roasted herbs creates a roasted, focused body without any sweetness. Teeccinoâs 6g tea bags have 3 times the herbs of standard tea bags to produce the richness you expect from of a cup of coffee with all the convenience of steeping it like tea.

Made in the USA.

Teeccino is the creation of Caroline MacDougall, designer of over a hundred herbal beverages for top tea brands. A dream inspired her to create Teeccino â literally! Today, our company is a family-run business with a passionate and enthusiastic team who love sharing Teeccino with people all over the world. Carolineâs dedication to preserving rainforests, the lungs of our planet, guides our companyâs commitment to sustainable and health-focused values.

Teeccinoâs 6g tea bags deliver the richness you would expect from coffee with the convenience of steeping it like tea!

"div"
"p" *These statements have not been evaluated by the Food and Drug Administration. This product is not intended to diagnose, treat, cure or prevent any disease.
"tbody"